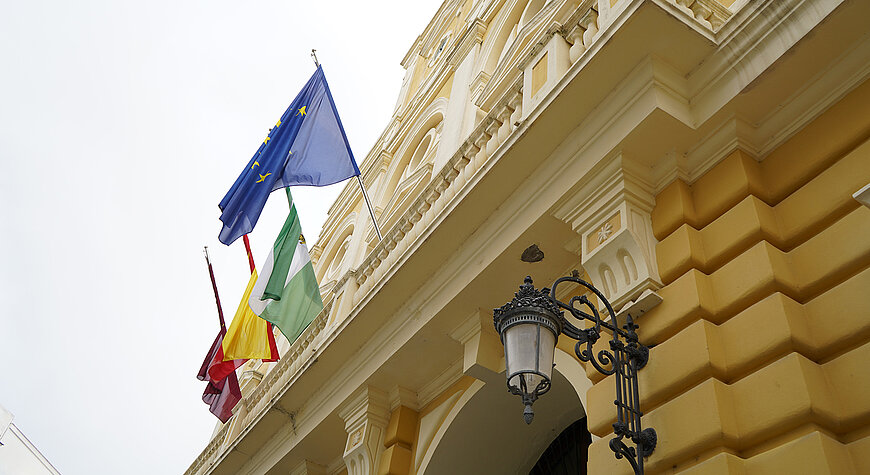 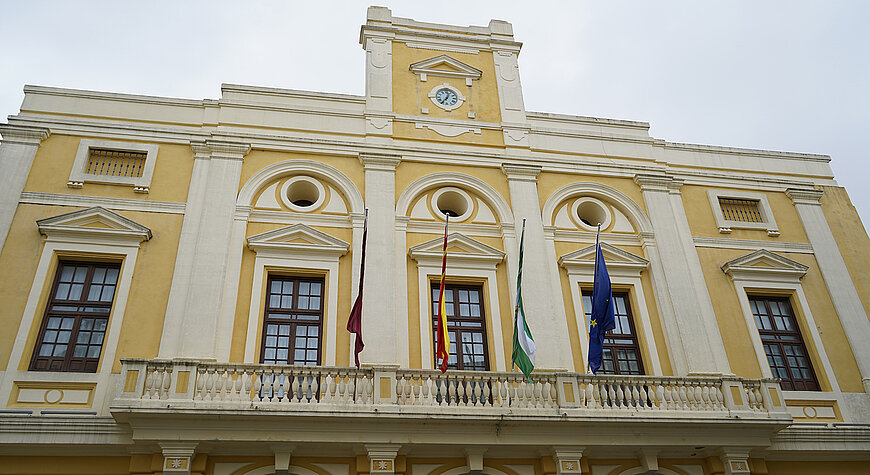 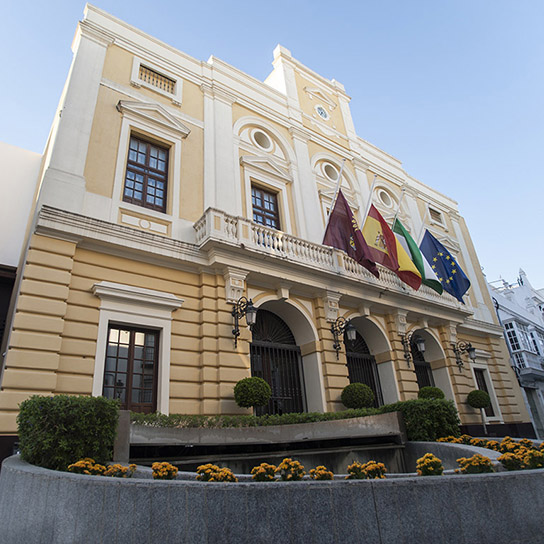 It was in the first part of the 20th century when Sebastián Martínez de Pinillos Bel, then mayor of the city, ordered the construction of the Town Hall in the old Alejandro Risso mansion, a responsibility that fell to the architect José Plaja y Tobía.

Neoclassical in inspiration, it was one of the first buildings to be erected with the then innovative reinforced concrete, undergoing some remodelling from its origins.

In the latter part of the 20th century its façade was extended, although it was in 2007 when, in response to the economic and social strength of Chiclana, it underwent its greatest reform through a modernisation project that respected and, if possible, raised the profile of such outstanding elements as its façade, first gallery and imperial staircase.

To visit this building, of unquestionable historical and social value, is to take a look at the most important and flourishing stage of the town.