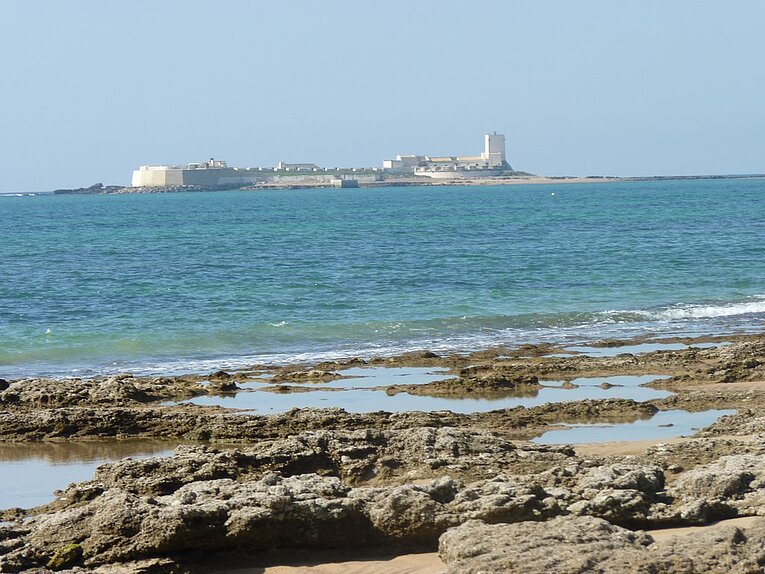 Few monuments on the Atlantic coast exert as much magnetic attraction on those who see and visit it as the Castillo de Sancti Petri, a fortress at whose feet, according to history, stands one of the most important temples of antiquity, that of Melkart, a place of eternal rest for the all-powerful Hercules.

Located in front of the emblematic fishing village of Sancti Petri and linked to the peninsula by a Roman road that, as if by magic, is revealed at low tide, it is said that historical characters such as Amilcar Barca, Julius Caesar and Hannibal passed through its mythical temple.

A privileged balcony on Chiclana's coast, it concentrates all its magic in its indescribable sunsets and in the warm summer nights, when it becomes a privileged watchtower for the observation of stars.

If you visit we guarantee you will never forget it.

Currently, on the old islet there are remains of a military building from de 18th century, and the beacon tower from the 16th century.

The crossing to Sancti Petri Island departures from the marina of Sancti Petri, where you could take a boat or rent a kayak. Advance booking is required: