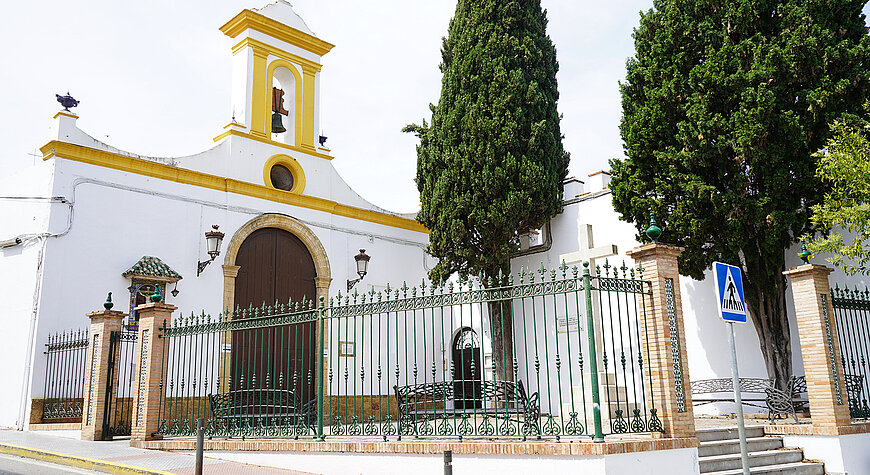 To discover the Ermita del Santo Cristo is to enter the monumental religious roots of the city, that walled town which, at the beginning of the sixteenth century, at a crossroads that was yet to appear, saw the building of what is today the oldest religious building in Chiclana.

Simple, built on a Latin cross floor plan and in spite of its numerous transformations, the Ermita del Santo Cristo still maintains the essence of those complicated times, already long in the past, of shortage and epidemics, during which the peasants sought an encounter with the crucified Christ; carved from corn stalks and yucca paste and brought from Mexico's Veracruz by Cadiz's Pedro López Pacheco.

This was the first structure dedicated to Cristo de la Vera Cruz (Christ of the True Cross) and its main altar, which is set under its dome, is one of Cadiz's great works of baroque art.

Inside, large canvases with biblical scenes and pieces dedicated to the Heart of Mary and Jesus convey one of the city's deepest religious sentiments.

Date of construction: Second half of the 16th century.