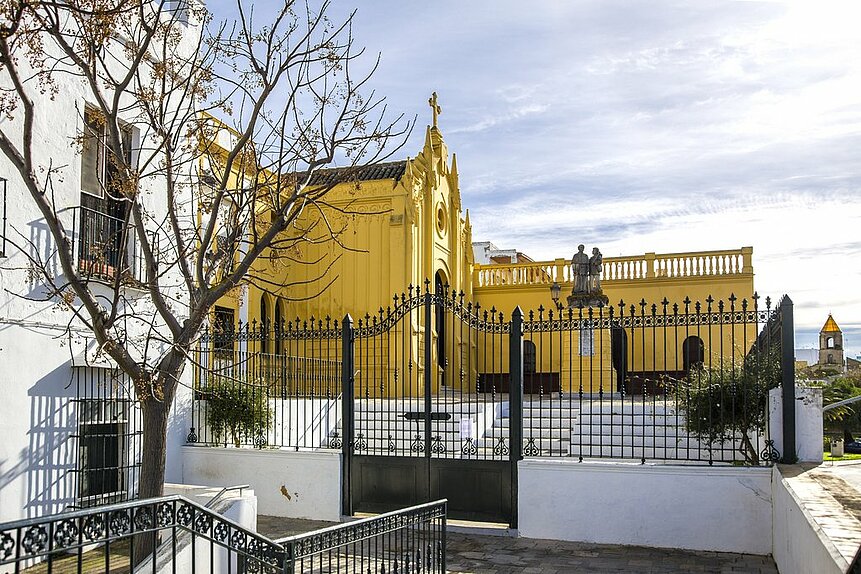 Overlooking the River Iro, where the ancient city's walls once stood, you will find a church which, like its opposite, located on the other bank (San Telmo), had its origins in a chapel.

In the late sixteenth century construction began on a church that, according to the chronicles, played an important role when the city was devastated by the plague epidemic of the mid-seventeenth century.

Humble and with a neo-Gothic façade (right on the river Iro), it stands out due to its simplicity, which is reflected in one of its central elements, its altarpiece, also neo-Gothic in style.

A fundamental stop on any religious and tourist itinerary in Chiclana, it is intimately linked to one of the most popular Chiclana neighbourhoods, San Sebastian.

Date of construction: Between the end of the 16th and the beginning of the 17th century.