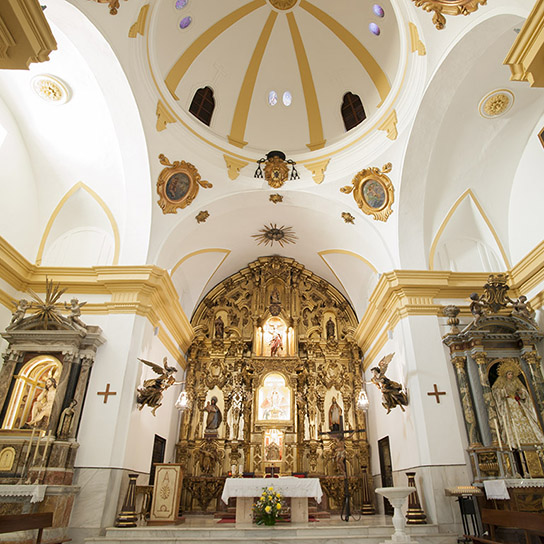 Located a few metres from the Iro, the river that has been an artery of life and development throughout history, and which in ancient times was navigable, in the church of San Telmo you will find the patron saint of the Chiclaneros, the Virgen de los Remedios, whose image was discovered in the sixteenth century.

With an austere exterior, and a singular belfry (bell tower) that stands out at an angle, its origins go back to an ancient chapel and the devotion that the people of the sea professed to the image of San Pedro Telmo.

Closely linked to the military establishment, the church has a rectangular floor plan, with the main altar standing out, presided over by the images of its namesake, San Telmo, and the Virgen de los Remedios.

Its relics include the Immaculate Conception, whose authorship ranges from Romero de Torres to 'El Mulato', the Granada-born Sebastian Gomez, who was a disciple of Bartolomé Esteban Murillo.